40th Anniversary of the u3a

Join in to celebrate this milestone and learn, laugh, and live!

Letter from our Chair:

We are delighted to confirm that coinciding with the celebrations for the 40th anniversary of the u3a in the UK that the u3a in Bury St Edmunds is flourishing. Membership numbers have risen to around 820 and we are pleased to advertise a number of new groups (see the website) from Art History, Irish Writers and Photography.

We are convinced that the positive impact of the u3a, and of older people in society, is a challenge to ageism, the most prevalent form of discrimination in the UK. Ask any of our members and I feel sure they will confirm that being involved in interest groups, and attending Apex talks, is stimulating and good fun. Indeed, the social element of the u3a is hugely important. We all know people who struggle in retirement to stay socially connected. I am constantly impressed by the life experiences of people in the groups I am part of. We are mutually supportive and learn from each other.

I may be a bit idealistic but I am convinced that attending our Apex talks and taking part in a few groups is hugely beneficial to our mental well-being. I hope you agree.  John Byrne (Chair)

The u3a are holding a special National week in the third week of September 2022 across the country to to celebrate the Queens Platinum Jubilee year and the 40th Anniversary of the start of the u3a.

u3a in Bury St Edmunds will hold our special celebratory day on Wednesday 21st September coinciding with the annual u3a Day showcasing the activity, learning and fun which takes place across the movement every day.
It is a celebration of positive ageing highlighting our members’ lived experience.

More details to follow and will be updated via the Newsletter too.

As part of the ongoing celebrations, the National u3a are co-ordinating a series of exciting events that all our members can take part in: 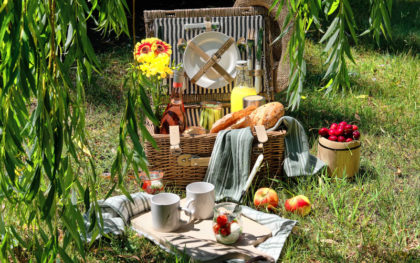 June is the time to take advantage of the great British weather, the wide-open spaces and to embrace the great outdoors!

On Wednesday 1 June, u3as are being encouraged to hold picnics to celebrate not just our 40th Anniversary but also the Queen’s Platinum Jubilee. We want to ensure that a significant number of u3a members make themselves visible across parks in the UK, demonstrating the fact that an active life needs to include fun.

Our u3a in BSE Committee will be there with our picnic blankets, food and maybe even a glass of prosecco to toast and cheer this wonderful milestone.

Come along and join us:

We hope to see as many of you as possible – the more the merrier!

u3a members from across the UK have shown their commitment to protecting wildlife and the environment for future generations by contributing 8,200 trees planted in the u3a woodland in just 6 months.  Read more here

An event has been organised for the quilt to be revealed to u3a members, public and press in the Whitworth Art Gallery in Manchester.  The day will include the ‘great reveal’ of the 40th Anniversary quilt, a talk from the Whitworth’s Head of Collections Care Manager and Conservator, Textiles and guided tours of the Whitworth gallery.  Please book your place here https://www.eventbrite.co.uk/e/40th-anniversary-the-great-reveal-of-the-anniversary-quilt-tickets-305674098457

After the Reveal, the quilt will go on display in various locations across the country.   An article on the Quilt has been requested by the Patchwork and Quilting magazine and will appear in the August issue.

In u3a’s 40th Anniversary year, we plan 3 virtual meetings in April, July and October. The July meeting will take place on Tuesday 26th July and will be designated as the Anniversary meeting with an external speaker.  The next meeting is in preparation and as soon as the programme is finalised it will be advertised. This will be billed as our Anniversary meeting when we hope that an eminent scientist will be one of our speakers.

The aim of this project is to engage older people from across the UK in telling real or imagined stories about older people who are taking positive steps to make a better future for themselves and others. Members were asked to provide ideas which could then be translated into short plays and a large number have been received. Starting in February, a selection will be turned into short plays and recorded as videos. One at least should be produced live this year and, in 2023, hopefully at the Edinburgh Fringe and a London theatre.